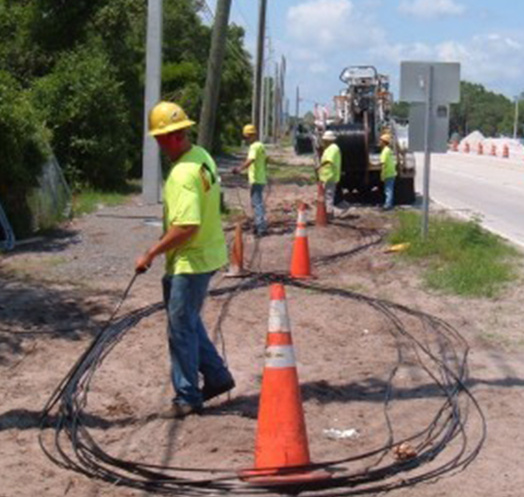 When Jeff and Susan Weech, then the owners of General Utility Construction, Inc., came to Spoor Bunch Franz, accounting functions were a headache for them.

It was 2014, and St. Petersburg-based GUCI, which began operations in 2008 and manages construction services for telecommunications networks throughout the U.S., was a $4 million company. The company was doing well, but some of its processes hadn’t kept up with GUCI’s growth.

After coming on board, SBF’s team identified some significant errors and deficiencies in prior accounting records, and was able to quickly coordinate both short- and long-term solutions to the issues. The team also ensured a smooth transition to outsourced accounting.

In short, the long-term solution was to transition GUCI’s processes to a more streamlined accounting function.

“This initial change was not pushed on us, but rather they slowly transformed our methods,” Susan Weech said. “The team at SBF made sure we were absolutely comfortable and understood not only how, but why we were making each change.”

Thanks in part to the improvements in its accounting and back-office functions, GUCI was ready to take on several new large clients and open four new offices around Florida. The owners were able to focus on growing their business and allow SBF to focus on their accounting, with annual revenue increasing to $15 million over the course of a few short years.

“It felt like they (SBF) were as proud of our growth as we were,” Susan Weech said. “We absolutely consider SBF one of the key factors leading to our success.”

The Weeches ended up selling GUCI in May 2019, and were able to retire 10 years before they had expected. Jeff and Susan attribute this accomplishment largely due to the strong advisory relationship built with SBF.

Back to case studies