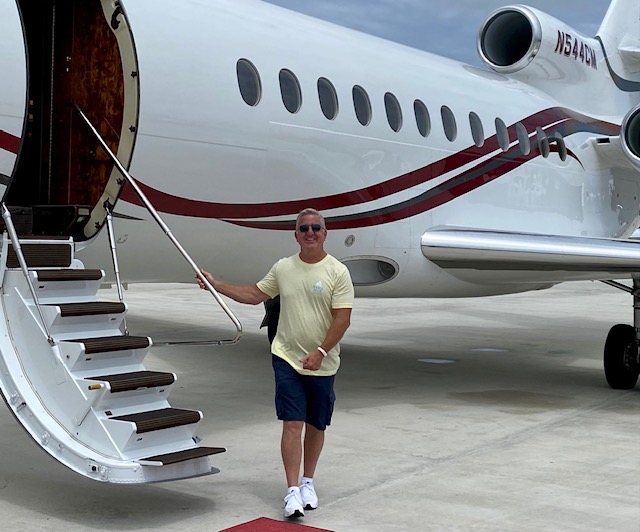 When Jim Kleinsorge retired from police work, he knew he needed something new to keep him busy and help him make some extra money. He expected he’d be able to make enough to relax, and maybe go on an extra vacation.

He certainly didn’t expect to start a company, grow it rapidly, and then start two offshoot companies. He didn’t expect to grow his annual revenue 10 times that in one year, but that’s what happened. The story of Spoor Bunch Franz client Kleinsorge and his business, First Choice Investigations, is a story of managing extremely rapid growth.

In 2015, Kleinsorge retired from police work as a major in the Clearwater Police Department. He was being groomed to become a chief, but he knew that path wasn’t for him.  “I was an adrenaline junkie, that’s why I went into law enforcement,” Kleinsorge said. “I loved the whole job — but the politics, I hated. That’s why I got out. ”

He was done with being on the police force, but he wasn’t done using the skills he’d honed in all those years of working on police investigations. A friend suggested he go into private investigation.

In 2015, Kleinsorge turned his retirement gig into a full-fledged company and founded First Choice Investigations. Almost immediately, he knew he needed help with accounting, because the business was growing rapidly.

“Initially, I was just using the accountant I’d always been using, a mom-and-pop accounting firm that would reconcile at the end of the year,” Kleinsorge said. “But as all of a sudden I started expanding, and I talked to my business friends, they said, one of the things you need to do is go to a real accounting firm, so you know day to day where you are going, someone who gives you the ability to project cash flow.”

Spoor Bunch Franz works with First Choice on every level: providing the company outsourced accounting services, tax planning, advisory services, and helping with decision-making related to all things financial. Having a trusting relationship with his CPA at SBF, Alexia Pappas, allows Kleinsorge to focus on managing his team and running his business.

“When I started, I was the guy doing everything,” he said. “I would get up at 4 in the morning and work until 9 at night, and I would repeat that day after day. And now it’s gotten to a point, because I’ve brought people on to do what they do better than I could ever do, I’ve been able to delegate.”

Being able to delegate has been especially important as Kleinsorge has started not just one but three companies all related to civil investigations. In addition to First Choice, he also owns independent companies specializing in jury selection and plaintiff investigations.

“The more money you make, the more clients you get, the more headaches there are and the more complicated it gets,” Kleinsorge said. “Talking to SBF regularly gives me a roadmap. How do I plan to minimize my tax liability, how do I best utilize the assets, how do I want to get those assets? Those are things that I don’t have to think about.”

Working closely with Kleinsorge’s attorney and financial advisor, SBF has helped First Choice strategically manage debt and assets to strategically slow First Choice’s growth a bit over the past year and be poised for another big growth spurt next year.

“With everything I see coming on board, I don’t see any reason why 2022 wouldn’t be a record year,” Kleinsorge said. “I already know that SBF can handle it, no matter how big we get.”

Back to case studies